Most stand up, honest guy you'll meet. Hearing the story of Josh Darville's past mistakes in business and how that has shaped him into becoming one of the Greatest coaches and entrepreneurs I've met is just another reason I give him FIVE STARS!

Wether it's you trying to sell your house or looking to grow your business. Josh is a straight shooter. He's well connected and has the resources to get the job done. Josh is active in the community working with city planners, educators, commissioners, senators and anyone that can help WIN.

Josh as your realtor he takes care of everything. He and his team kept me in form every step of the process and in the end he always did exactly what he said he would. One of the best things about Josh is, HE ALWAYS answers his phone or calls you back within an hour. Communication was constant and clear. 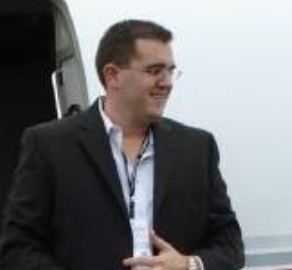 Signal Corp - Served in the communications field and was stationed in Fort Jackson, Fort Gordon, and Fort Hauchuca. My Army carreer was bitter sweet but I learned a lot from it and had some amazing experiences.

Seminars for America. A short lived local company focused on building a brick and motor business teaching investment strategies for both the stock market and real estate investing as well as a focus on entity structuring. Bought my first rental property which I overpaid for and subsequently lost.

Territory Manager of South California for Citrix systems. 147.95% of Quata and consistently over quota. Quickly achieved Certifications and was nominated for Presidents club.

Regional Manager for German based IGEL Technology. Catapolting from success with Citrix I jumped to the hope of starting a sales team here in the U.S.A. Underfunded and culturally things didnt work out. I traveled to Germany and to many states meeting with system integrators. Doors closed in late 08.

The writing on the walls in 08 I started looking at of all things Real Estate. Got my license and worked with a friend. Learned a lot about sales, contracts, and his ways but not really prospecting. Few deals but nothing major.

Bought a new house with my wife and we started renting out our old one. We renovated the new house considerably in in just a few short years would sell it for 100k MORE then we bought it for having an additional investment of only 20k.

Having been doing real estate transactions for a few years now and having a good understanding of value of various targeted areas. Found a deal that was too good to pass up. This was a long process, needing permits, and finding contractors, coordinating everything which finally culminated in the sale and a $50,000 profit!

Having attended Traffic and Conversions Summit, Content and Commerce Summit, Click Funnels Certification, Unleash the power, Business Mastery, BOLD, and a ton of local real estate classes as well. This was EDUCATIONAL and time to learn some BIG MODELS. the saying Model what works, has been integrated into my brain.

Our hearts broker with so many others after the Parkland masacre at Stoneman Douglas. Although our kids are young, and not in that highschool our church had to do 6 funerals that weekend and it effected everyone. Within a month my boys private Christian school had a code red. Then we had a bomb threat at our condo building. No more, we decided to move to Raleigh because my wifes company had an opening an office here.

South Florida was great. But I had a lot of things not working for me there. Wrong friends, wrong sphere of influence. I didn't speak multilple languages and was finding it hard to target my demographic. NC I was MUCH more tactical about branding, creating the right sphere, the right friends, and found it easier to build a network that could help me succeed.